One of the top-selling compact sports utility vehicles (SUV’s) in the world could be yours when you purchase a quality Used Renault Duster for Sale from Group 1 Renault. Officially launched at the 2010 Geneva Motor Show and based on the same tried and tested automotive platform as the Sandero, a Used Renault Duster is designed to excite and offers both an affordable and extremely desirable driving experience. These reliable Used SUV’s are available in both two-wheel and four-wheel-drive formats, with the Used Renault Duster 4×4 version utilising a Renault-Nissan Alliance all-wheel-drive system.

If you are searching for a Used Renault Duster for Sale anywhere in South Africa then you’ve come to the right place. Although we are based in Stellenbosch and Johannesburg, we have the ability to deliver your Used Renault Duster direct to your door no matter where in the country you are. This outstanding vehicle is great for families and those who like to enjoy an active outdoors life. It is in fact one of the most well-rounded vehicles currently sold in SA (which is why it is so popular), and offers something for everyone. The most popular Pre-Owned Renault Dusters for sale include the following models:

The last of the previous generation of Duster comes from this year model, so if you’re looking for a Used SUV that is almost as impressive as the newest generation then you’ve come to the right Renault Dealership! The 2018 Duster comes standard with exceptional safety features which help to ensure that your family and friends are protected on SA roads. It also does not cost the earth (both literally and figuratively as the Duster has CO2 emission figures of 177 g/km for the 1.6 16v 4×2, 127 g/km for the 1.5 dCi 4×2, and 135 g/km for the 1.5 dCi 4×4).

The Renault Duster 2017 models are possibly some of the finest first generation models you’ll ever own! As with all new and Used Dusters, they are packed full of features, but 2017 saw a number of visual, body and feature upgrades that have cemented the 2017 Dusters popularity with Renault and SUV fans alike.

A Used Renault Duster 2016 SUV includes the new facelift look and interior upgrade that was introduced into the South African market in October 2015. This one of the reasons that all 2016 Renault Dusters, as well as later model Dusters (see above), are all exceptionally popular in the Used Renault Cars and SUV’s market.

The Renault Duster 2013 model was the first to be sold for the entire 12 months of the year since its 2013 launch in SA. It cemented the Duster name as one of the best selling Renault vehicles not just in South Africa, but the world. Its safety features, ruggedness and economical running costs are just applicable today as they were when the 2014 Used Renault Duster Models for Sale first rolled off of the production line.

This is the year that saw the launch of the “new look” Renault Duster 2013 model internationally, and this facelift ensured that the vehicle becomes the third best selling SUV in the world at that time. This is also the model that started South Africa’s love affair with the Renault Duster, a passionate romance that endures to this day as a 2013 Renault Duster is still very much in demand by Renault lovers.

Contact Us Regarding a Used Renault Duster for Sale

If you are in need of a reliable Pre-owned SUV that is both affordable and one of the best family vehicles found on South African roads, then please don’t hesitate to contact us regarding a Used Renault Duster. These exceptional automobiles are the pride of Renault and could be the answer to all of your SUV needs.

Get the best quality Used Renault Dusters in Cape Town at the best possible Duster prices when you visit us at:

When searching for a Used Renault Duster in Johannesburg and Gauteng you’ll want to take a look at what we have on offer. Please join us at:

Please Note! If you live in any one of the following areas we can even arrange a private test drive at your home:

From Our Renault Stellenbosch Showroom:

From Our Renault Showroom in The Glen:

Test Drive any one of the Used Renault Dusters for Sale on this page at Group 1 Today by calling us using the contact details on this page! 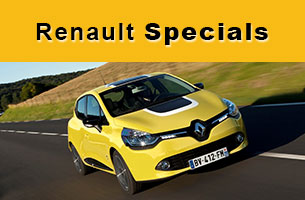